After a hard-fought campaign the Liberal Democrats gained ground on the Conservatives by winning the Bishop's Cleeve division and slashing the Conservative majority in County seats across the constituency. 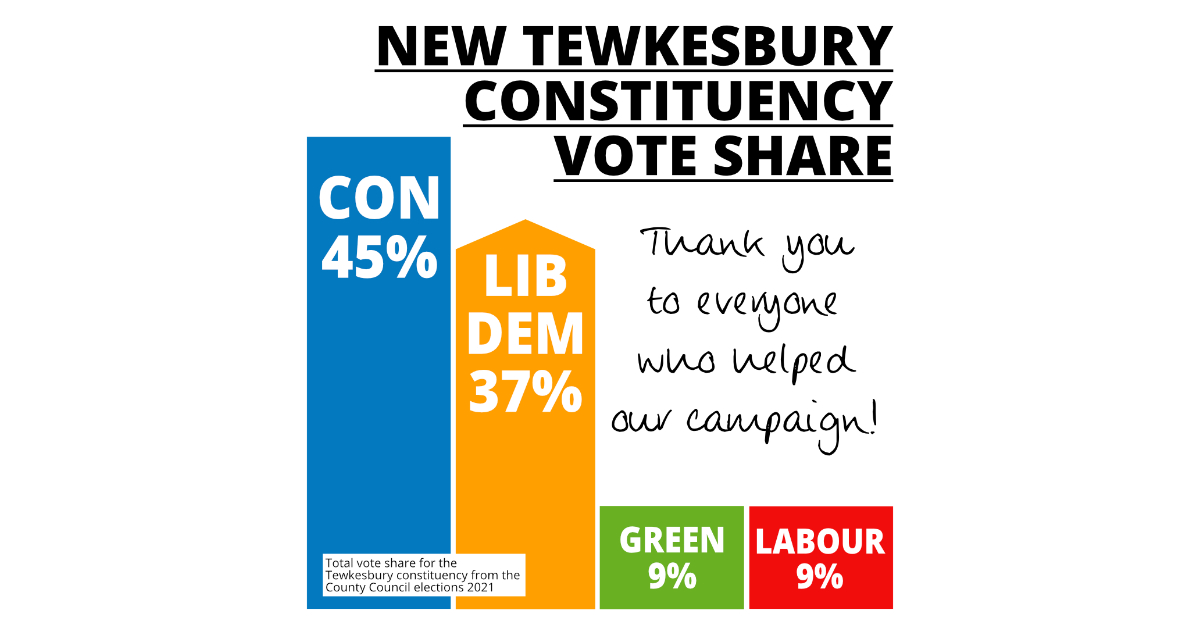 Alex Hegenbarth defeated Rob Bird, County Councillor and current Leader of the Tewkesbury Conservatives, by 745 votes to win with 54% of the total vote share compared to the Conservatives 39%.

Ben Evans retained his seat in Churchdown with a whopping majority of 59% - up 11% from the by-election two years ago. Bernie Fisher retained control of his seat in Swindon Village and St Paul's.

In Winchcombe and Woodmancote and in Tewkesbury East, Lib Dem candidates Nigel Adcock and Chris Coleman slashed the Tory majorities and have turned both areas from safe to battleground seats.