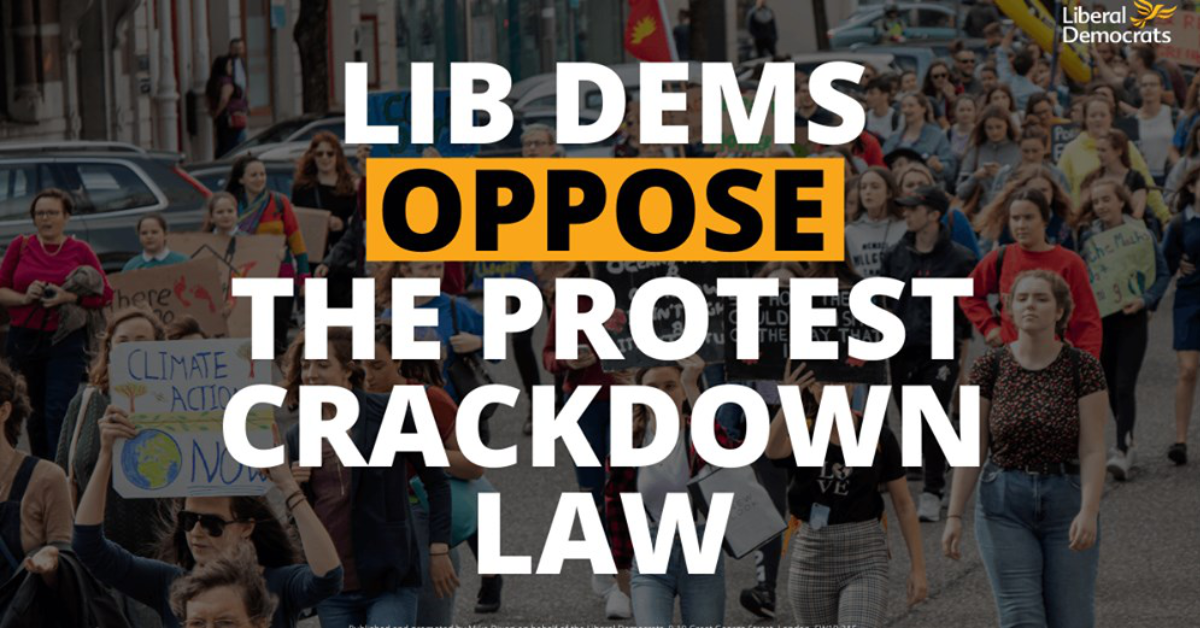 The Tewkesbury Liberal Democrats have called for the bill which takes away our freedoms to be stopped in its tracks.

In a letter to Laurence Robertson, Liberal Democrat Parliamentary spokesperson Alex Hegenbarth for Tewkesbury urged the Conservative MP to “uphold our freedoms” in the face of increasingly draconian measures by the government.

Alex Hegenbarth sent the letter for the Tewkesbury MP ahead of the Second Reading of the Police, Crime, Sentencing and Courts Bill in the House Of Commons.

Alex continued "As written, this Bill would kill off the kind of lively, visible, widely-supported, vibrant activities many peaceful organisations have engaged in. The role of our government should be to facilitate safe and legal protest, not make it harder - and it is possible to do that under the existing laws. Changing them is a political move, not one designed to make protest safer."

The 300 page Bill would see sweeping powers given to the Home Office to restrict the right to protest, giving police new powers to disrupt protests, marches and assemblies, make it easier to criminalise organisers and participants and increase prison sentences for them.

“These new Conservative laws to crackdown on protests are dangerous and draconian.

“The right to peaceful assembly and protest is a fundamental human right. It has always been a crucial part of our democratic society.

“These new laws are part of the Conservative Government’s anti-democratic attempts to silence any opposition to its policies. Liberal Democrats in Parliament will fiercely fight them at every step of the way.”

“Laurence Robertson must vote to against this Bill and protect the freedoms of his constituents.

“Individual liberty, a cornerstone of what it means to be British; defending free speech, against heavy-handed policing, and in favour of adults choosing for themselves."